They had me fooled…a little bit. I had them fooled…a lot.

Recent news reports speak of the dangers of sleeping in the subway. There were comments in the newspapers, radio and TV that police should be catching criminals who prey on people instead of harassing passengers by waking them.

I’ve heard comparisons to the warnings to ladies, celebrating late at night to use the buddy system in traveling home. Obviously these warnings are meant as practical advice on dangers that are present in subway riding today. 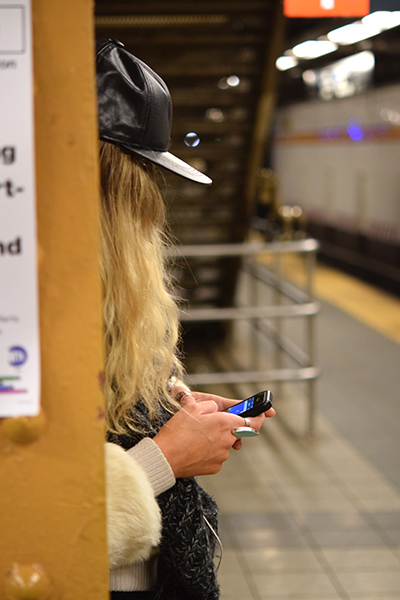 It’s always best to stay with a group, your own or the public.

If you’re nodding off in a rush hour train, chances are you’re okay. But if it’s 3:00 a.m. and you’re sleeping alone in a subway car, there’s a good chance you’re going to get your pocket razor-slashed and lose your wallet. Common sense.

Commissioner Bratton advised even choosing to ride in the conductors car if possible and to avoid the rear cars of trains. Very practical advice indeed and many people do so. Some people criticized this, “We all can’t fit in the conductor’s car.” True, but the closer you are to the conductor, the more there are of you, and the safer you are.

I was an Anti Crime cop in the subway, that is plainclothes. Don’t know who came up with the Anti Crime term, it implies uniformed cops might be pro crime. But for us in A/C the rear cars were pretty good targets for seeking criminal activity. They are the furthest from the motorman or the conductor and usually have only a few passengers in them. It was the most likely area for drugs, alcohol, vandalism, even assault or robbery. For after-school teens riding home it was a party car. It was often an extra curricular adventure of rampant graffiti or kicking out windows. Even when I was in uniform I’d sometimes stand where the last car doors would open often surprising vandals, drug users, etc. with my presence. 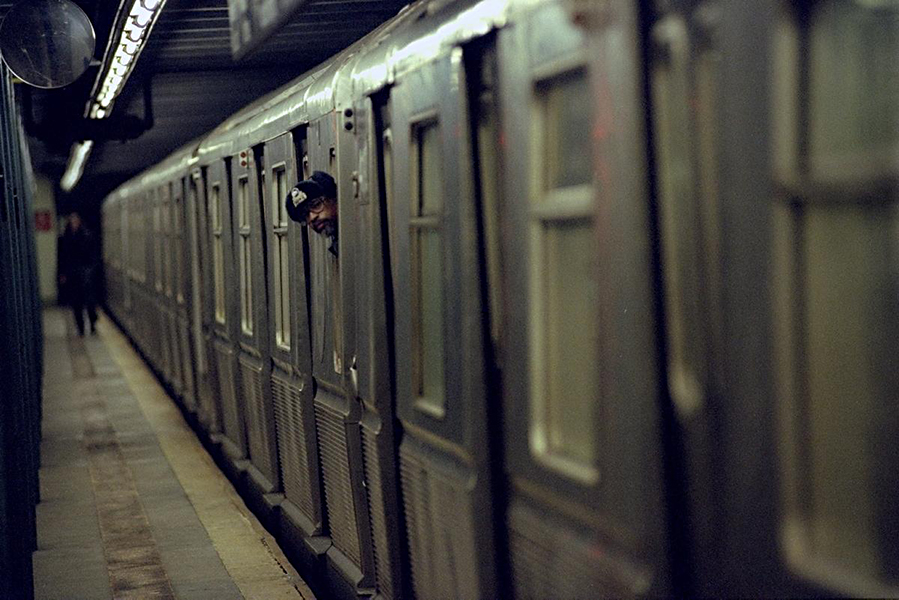 The last car is a good place for officers to conduct surprise inspections trains.

On one A/C noon to eight tour I was riding the Manhattan bound GG, (yes, GG, long time ago) out of 71st Continental Ave with my partner, Lou. Lou and I were in the second to last car as it left the Continental Ave terminal, the last car was empty. As the train came into 63rd Dr. I spotted two males on the station lined up to board the last car of our train, it was empty. I signaled Lou and went into the last car alone. I sat down at the end of the car away from the duo. Lou could see me from where he sat in the next car.

When the two young men boarded they looked clean cut: shirts tucked in, slacks, loafers, shoulder bags; they looked like working people, possibly sales with the shoulder bags or perhaps job interviewees. I shook Lou off that they didn’t look good but I stayed in the car. They had me fooled…a little bit. I had them fooled…a lot.

I was dressed like a tourist. I too had a shoulder bag, mine with maps and brochures protruding from its side pocket. I wore beige canvass shoes, glasses with plain lenses…and a smile.

The duo apparently felt at ease with me because I saw one of them take out a wallet and go through its contents. The holder of the wallet pulled items out, passed some to his companion but tossed others out the train’s transom window behind him.

I got up and walked to the subway map on the train’s wall to get closer to them. I still didn’t cause them any apprehension; they continued going through the wallet. When I saw one pass two credit cards to the other, I identified myself as a police officer. Lou, great partner, appeared right at my side. They stated they found the wallet.

We took them off the train and called the wallet’s owner. He stated he was a stock broker in Rego Park, his office was right near the subway station. “I have a one man operation”, he said. He said he had gone to the restroom at the back of his office and left his wallet on his desk. When he returned the wallet was gone.

We arrested the pair for Criminal possession of stolen property, the two credit cards, a felony. Possession of two or more stolen credit cards carries the presumption that the person in possession knows the credit cards are stolen. The duo’s shoulder bags were empty, except for a single, live 9 mm round in one bag, no gun was found on either.

The M.O. of the pair was to enter an office building and from the lobby directory note a business’s name, room or suite number. They’d then go to various entry doors of offices in the building. If someone was inside they’d ask for the noted business. When re-directed to the correct office they’d just try another door, and so on. If nobody was in an office behind a door they opened they’d take whatever was available: a secretary’s handbag, wallet, anything of value, place it in their shoulder bags and depart.

These two didn’t go through the wallet on the street, nor the subway stairway, nor the train platform. They waited until they got into their “office”, the last car of the train, knowing it was safe there.

Perpetrators consider the last car of a train, a safe zone, away from the masses and train crew, safe from surprises. Of course criminals can be found on any car of a train but the chance of criminal behavior is higher in the last car than other cars, that’s just a given.

There’s a sense of privacy when subway cars are empty or sparsely occupied. Last cars are often found that way.

Commissioner Bratton was the Chief of the Transit Police when I was a cop there. And a fantastic job he did. When he says, “I always try to get on the car that has the conductor…that’s going back to my police days,” he’s just giving you some subway savvy. Joining a group waiting at center platform is also better than standing alone at the end of the platform.

But most important is to adequately man the subway system with more cops, uniformed to deter crime, plainclothes Anti Crime, (if you will) to surveil effectively. Make the perps paranoid. Make the public feel safer and be safer by doing both.

The duo I spoke about went into the last car because they knew they’d have privacy. Who knows, if they hadn’t just scored they might have considered robbing someone they found alone in that last car…maybe even a tourist…maybe me.